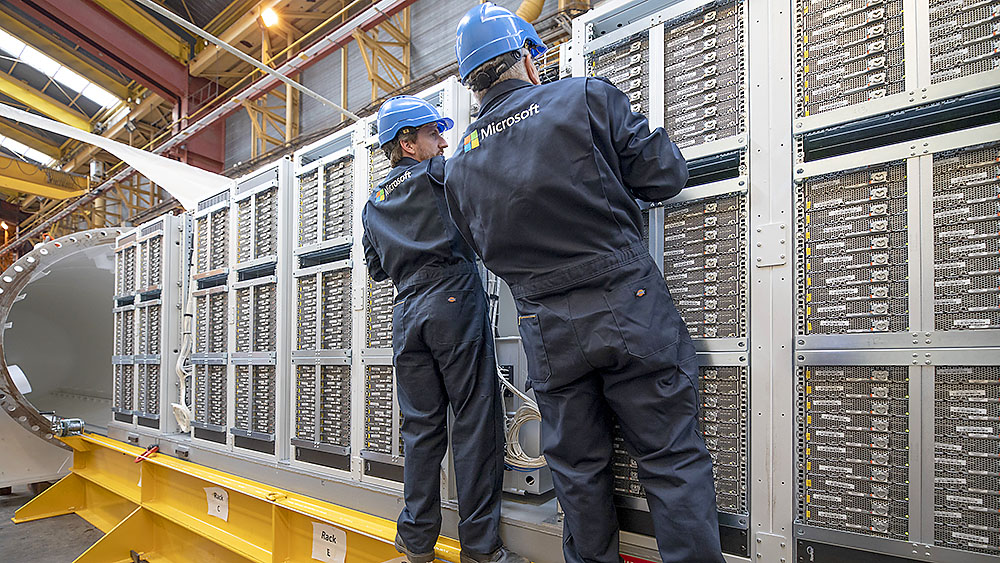 Some makers of computer chips, software and networking gear are squirming as lavish spending by U.S. technology giants on cloud computing infrastructure slowed more than expected in the first quarter.

Following the weaker-than-expected period, the big question is whether capital spending on cloud computing gear will rebound in the back half of 2019.

Since 2014, there’s been an arms race among the world’s biggest technology companies to build out the internet cloud. It’s made up of warehouse-size data centers packed with racks of computer servers, data storage systems and networking gear.

So-called “hyperscale” data centers are designed to ratchet up computing horsepower when demand surges due to mobile app downloads, e-commerce and video streaming.

The 2014-2018 cloud computing spending boom drove up earnings at many tech suppliers such as Arista Networks (ANET), Intel (INTC) and Nvidia (NVDA).

In the first three months of 2019, some tech giants tightened their budgets more than expected.

Alphabet spent $4.53 billion in the first quarter on cloud infrastructure, capital leases and other areas, 14% less than the prior year, says Nomura-Instinet. Apple spent $2.36 billion, down 44%, while Microsoft spent $3.22 billion, down 4%.

Only Facebook and Amazon bucked the trend. Facebook spent $3.84 billion, up 36%, estimated Nomura-Instinet, while Amazon spent $5.35 billion, up 7%.

He excluded Apple from the report.

Shares in Arista plunged May 3 on weaker-than-expected revenue guidance for the June quarter. Analysts say Microsoft may have paused orders from the maker of computer networking gear.

Going forward, Nomura-Instinet’s Kvaal says the internet giants could be more like telecom companies AT&T (T) and Verizon Communication (VZ) in that capital spending could be “lumpy.” That means capital spending doesn’t rise consistently but rather varies from quarter to quarter.

One sign of slowing capital spending came via earnings reports from data center operators. While the tech giants build some data centers from scratch, they also lease space.

A big chunk of the capital spending by Amazon, Microsoft and Google goes toward cloud computing services. Amazon Web Services is the biggest provider of infrastructure-as-a-service, or IaaS, where business customers lease number-crunching computers and data storage via the internet. Microsoft ranks No. 2, while Google is third in the IaaS market.

One view on the spending slowdown is that the tech giants may have built up excess inventory of computer memory chips and other components. They may need a few quarters to work through it.

One question is how soon the tech giants will upgrade hyperscale data centers to faster communications technology.

In reports published last year, some Wall Street analysts expected the move to 400 gigabit per second, or 400G, network gear to unfold in the back half of 2019. However, most analysts have pushed back the 400G market’s arrival to 2020 or 2021.

UBS analyst Tejas Venkatesh said in a March 11 report: “With the first 400G optics just starting to trial, the much anticipated switch upgrade cycle is delayed and probably is still one year away.”

“Arista’s largest customer, Microsoft, will not deploy 400G inside data centers until 2021,” he added.

MarketSmith: Research, Charts, Data And Coaching All In One Place

How To Invest In Growth Stocks: Read This Column Daily