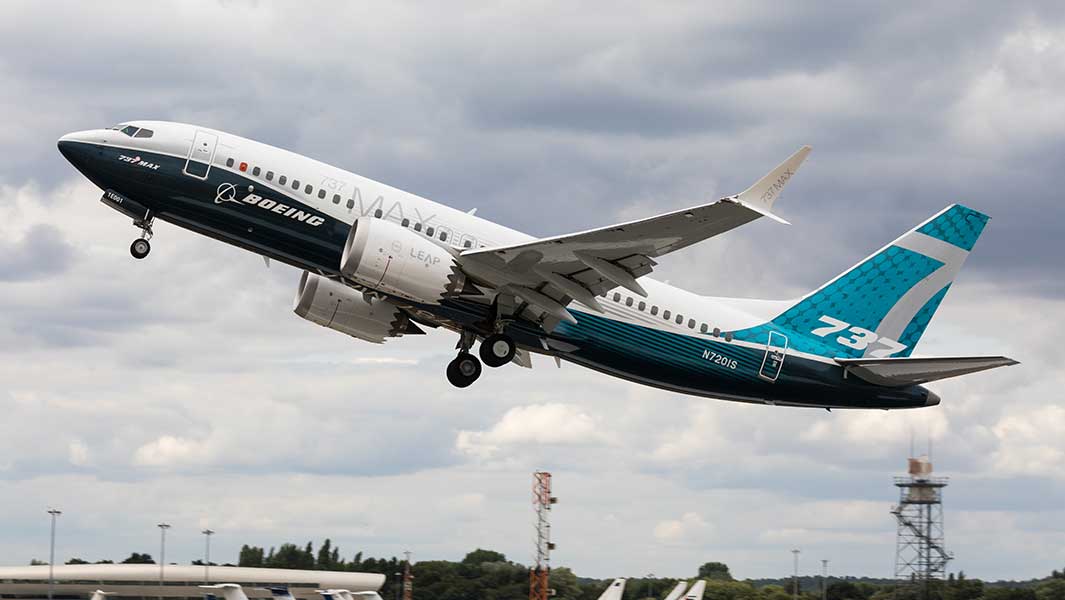 Boeing (BA) said Monday that it expects to resume deliveries of its 737 Max to customers next month, with service restarting in January. Boeing stock rose sharply.

Boeing also completed a test of flight control software with the Federal Aviation Administration in a simulator. But the FAA must still OK new pilot training and Boeing must perform a certification flight.

Boeing had asked the Federal Aviation Administration to allow it to deliver its 737 Max jets to customers if the grounding is lifted ahead of new required pilot training, the Wall Street Journal reported earlier.

Airlines wouldn’t be able to fly the troubled planes until regulators OK updated training material for pilots. Boeing expects approval for the training requirements in January.

Delivery is especially important to Boeing as it gets most of its revenue when planes are sent to customers. The company halted deliveries after the second deadly crash, but production continued albeit at a slower pace.

As a result, Boeing has had to hold on to completed 737 Max jets, which are spilling out of storage, taking over employee parking lots in Boeing’s Seattle-area factory.

Boeing stock reversed sharply higher, jumping 4.55% to 366.96 on the stock market today, retaking its 50-day average and closing just below its 200-day line.

The Technical Advisory Board, a newly formed panel of government flight-safety experts, told lawmakers that design changes on the Boeing 737 Max MCAS are “safe,” Bloomberg reported over the weekend.

The Boeing 737 Max has been grounded since the second deadly crash in March. Together the Ethiopian Air crash and earlier Lion Air crash killed 346 people. The MCAS system was implicated in both disasters.

Southwest Airlines (LUV) and American Airlines (AAL) have pulled the 737 Max from their schedules until early March, delaying it from an earlier return to service date in January.

During Boeing’s third-quarter conference call last month, CEO Dennis Muilenburg said he expects 737 Max regulatory approval will “begin” in Q4 but the FAA and other regulators will ultimately determine the timing. He also said that the approval process could “include a phased approach and timing may vary by jurisdiction.”

Southwest flies all Boeing 737 jets and buys some used jets from foreign airlines in Canada, China, Russia, Argentina and Turkey. But there are often gaps in the paperwork to verify that repairs and maintenance were performed to federal standards.  So far, Southwest has looked at 41 out of 88 jets affected. Nine more are being inspected.

Is Boeing Stock A Buy Right Now? This Is What You Need To Know

These Are The 5 Best Stocks To Buy And Watch Now

IBD Stock Of The Day