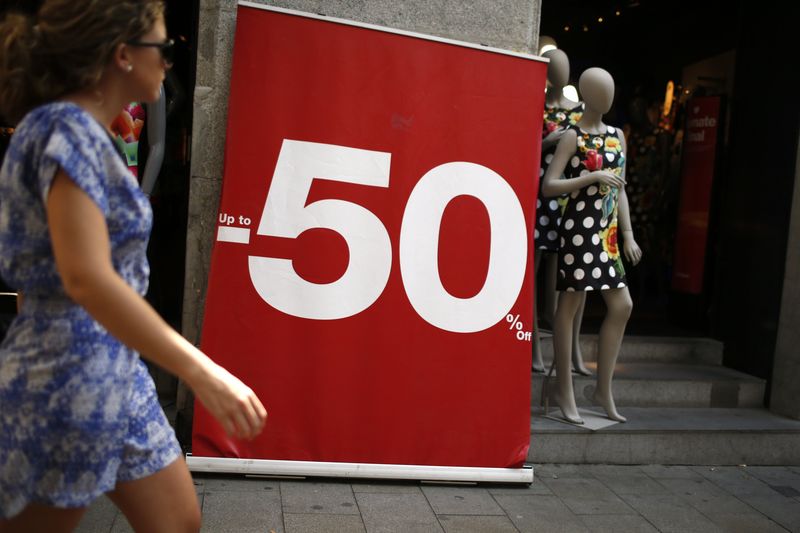 Here’s the top 3 things that could rock markets tomorrow.

Retailers have woken up from their slumber, with the SPDR S&P Retail (NYSE:) on track to record its second consecutive weekly win after previously falling for four-straight weeks.

Friday’s retail sales figures will give investors insight into the health of the consumer, whose willingness to spend has been supported by a healthy labor market.

On average, economists expect that rose 0.6% last month and that , which exclude automobile sales, rose 0.3%. The retail sales control group – which has a larger impact on U.S. GDP – from last month’s 1.1% print.

The University of Michigan releases its preliminary measure of May consumer confidence at 10:00 AM ET (14:00 GMT).

is expected to fall to 98.1, according to economists’ forecasts compiled by Investing.com. The is forecast to fall 92.

The weekly installment of drilling activity from on Friday, will provide investors with clues on U.S. oil production, which continues to flirt with record highs.

Data last week showed the number of oil rigs operating in the US fell by 11 to 816.

The weekly rig count is an important barometer for the drilling industry and serves as a proxy for oil production and oil services demand.

Oil prices, despite a surge on Thursday, remain on course to end the week in the red following a slump earlier this week amid US-China trade tensions and data showing an expected build in U.S. crude stockpiles.

As well as higher domestic crude stockpiles, expectations for lower oil-demand growth has also kept a lid on prices.

With the U.S.-China trade war no closer to reaching a resolution, investors are keen to get a sense of whether China’s economic rebound is in trouble and will likely look to a deluge of data on industrial production, fixed asset investment, and loan growth from the world’s second largest economy due overnight.

Economists forecast rose 5.4% in the 12 months to April, unchanged from a month ago, while expansion in the year-to-date , an important driver of growth, was also expected to remain unchanged at 6.1%, though still within the historic low of 5.3% reached in September.

will also be under the spotlight after rebounding in May, as policymakers ramp up cheap loans to support smaller companies struggling with weaker demand both at home and abroad amid pressure from U.S. tariffs.

U.S. President Donald Trump has threatened to impose levies on $300 billion additional Chinese products if his counterpart Xi Jinping fails to attend the G20 meeting in Tokyo, scheduled for June 28-29.