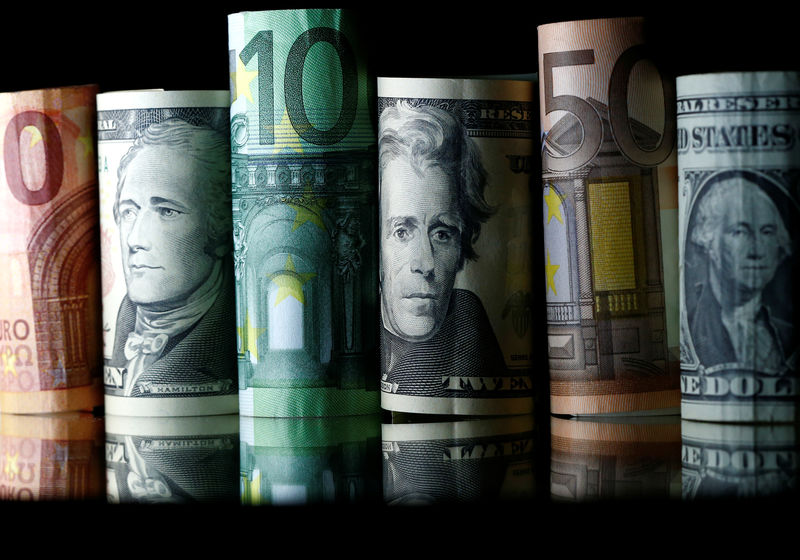 SINGAPORE (Reuters) – The dollar drifted lower on Friday after central banks in Switzerland and the UK refrained from following the Federal Reserve in cutting rates, and risk appetites ebbed on caution about U.S-China trade talks.

Sterling hit a two-month high of $1.2566 against the greenback, after European Commission President Jean-Claude Juncker said he thought Brussels could reach a deal with Britain to leave the European Union.

The Swiss National Bank, the Bank of England and the Bank of Japan all left their policies unchanged on Thursday. Their currencies rose, with the Japanese yen and Swiss franc both adding almost 0.2%, supported by safe-haven buying.

“What we’re looking at is brewing central-bank divergence,” said Chris Weston, head of research at brokerage Pepperstone Group in Melbourne. “We’re starting to see signs of that resonating in currency markets.”

The Australian and New Zealand dollars languished around two-week lows following Thursday’s slew of soft data, especially an uptick in Australian unemployment that prompted a rush to price in fresh rate cuts for October.

The Australian and New Zealand dollars were on track for their steepest weekly slides in close to a month, as each has given up more than 1%.

China’s yuan firmed to 7.0843 per dollar after a trim to a benchmark interest rate in China was smaller less dovish than some market players expected.

Investors are also focused on U.S.-China trade talks in Washington, aimed at laying the groundwork for high-level discussions next month.

However, most traders are cautious. Few signs of progress have emerged and with a wide gulf between both sides remaining, the issue is weighing on the recent risk-on mood.

“If you look at the Aussie dollar or renminbi it’s faded,” said Joe Capurso, senior currency strategist at the Commonwealth Bank of Australia in Sydney.

“”I think market participants are going to need something concrete to really rally… at the moment there’s just not enough.”