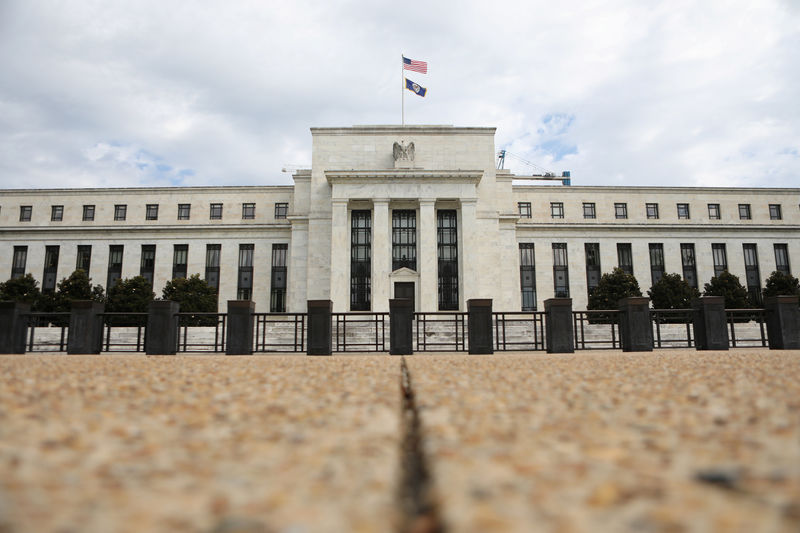 Investing.com – Upcoming appearances by Federal Reserve policymakers in the coming days will be even more closely watched by investors than usual in the wake of its second rate cut this year. In addition, investors will be focusing their attention on economic data for fresh indications on the outlook for monetary policy. Brexit and trade tensions will also be occupying the attention of market participants. Here’s what you need to know to start your week.

After the U.S. Fed’s second rate cut of 2019, the bank’s latest dot plot indicates no more cuts this year. The shift has come as a shock given expectations prior to the Fed meeting were for several more cuts to contain economic fallout from the U.S.-China trade war. Investors will be on the lookout for any fresh indications on whether rates could move again this year.

Meanwhile, European Central Bank President Mario Draghi will make a final appearance in the European Parliament on Monday ahead of his imminent departure.

August durable goods orders will shed light on whether the trade war is eroding business investment. Orders for goods such as airplanes and toasters are seen having fallen 1% after rising 2% in July. Of keen interest will be orders for non-defense capital goods, excluding aircraft — a closely watched proxy for business spending plans that increased 0.4% last month, even as shipments posted the biggest drop since October 2016. Core capital goods shipments are used to calculate GDP.

The calendar also features a final reading on second quarter GDP, personal income and spending and a look at consumer confidence.

Hopes for a breakthrough in the U.S. – China trade war receded further on Friday after Chinese officials unexpectedly canceled a visit to farms in Montana and Nebraska as deputy trade negotiators wrapped up two days of negotiations in Washington.

Before the talks started, some reports had suggested that an interim deal was being considered, involving Chinese purchases of U.S. farm goods, some improvements in Chinese market access and an easing of U.S. sanctions on Huawei .

But U.S. President Donald Trump made clear on Friday that purchases would not be enough for him to end his punitive tariffs.

“We’re looking for a complete deal. I’m not looking for a partial deal,” he told reporters, adding that he did not need a deal to happen before the 2020 presidential election.

Britain’s Supreme Court is expected to make a ruling in the coming days on whether Prime Minister Boris Johnson acted unlawfully in suspending parliament. A decision against Johnson may force him to recall lawmakers, giving them more time to challenge his plan to take Britain out of the European Union on Oct. 31 — with or without a divorce deal.

Markets will also be focusing on whether Johnson can make a revised Bexit deal with the EU, though this still seems unlikely. Recent comments by EU Commission President Jean-Claude Juncker stirred hopes of a Brexit deal, sending the pound to its highest level since July and putting it on track for its best month this year.

While the Fed has been talking up the state of the U.S. economy, European Central Bank chief Mario Draghi has urged euro zone governments to step up spending if they want to see economic growth speeding up.

Given that background and the Fed’s promise to be “highly data-dependent” while setting interest rates, Monday’s flash Purchasing Managers’ Index (PMI) readings are likely to be closely scrutinized — a strong number would tip the balance in favor of the hawks on the Fed board.

The ECB on the other hand has already pledged indefinite stimulus and looking at depressed activity across the bloc, that seems justified. A positive Eurozone PMI surprise would of course be highly welcome but a negative reading could be what’s needed to chivvy tight-fisted governments into spending more.