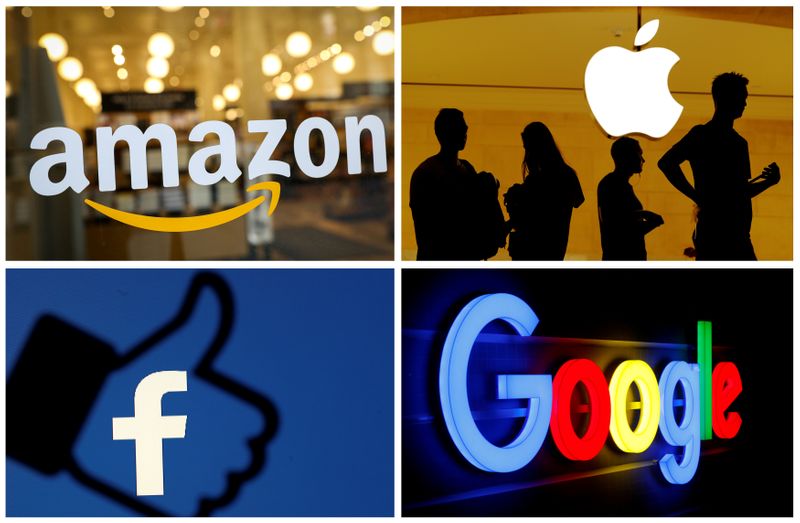 By Diane Bartz and Nandita Bose

The queries occur as the Justice Department, the FTC, state attorneys general and the House Judiciary Committee are investigating the big tech platforms for potential anti-competitive behavior. They are accused of unfairly using their clout to defend market share or expand into adjacent markets.

Much of the criticism has focused on massive deals such as Facebook’s acquisition of Instagram and Amazon’s purchase of Whole Foods, but the companies also have spent billions on smaller companies, dramatically changing the competitive landscape in emerging tech sectors.

FTC Chairman Simons said notices being issued to Big Tech companies were intended for research but could lead to enforcement action.

“If during the study we see that there are transactions that are problematic … we could go back and initiate enforcement action to deal with those transactions,” said Simons.

The notices were not meant to be a warning to the companies but were designed to identify areas that need more antitrust enforcement, he added.

The FTC will study “hundreds” of acquisitions made by the companies and aims to finish its study “quickly,” agency officials said.

The agency asked for information about deals that were done between Jan. 1, 2010 and Dec. 31, 2019, and require each company to identify transactions that were too small to report to the FTC and Justice Department, which assess mergers for compliance with antitrust law.

The tech giants have come under fire from both sides of the political spectrum, with Republicans irked by what they say is a stifling of conservative voices on social media and Democrats angered by increasing consolidation.

Senator Elizabeth Warren, who is running for president, has explicitly urged federal regulators to undo “ant-competitive mergers,” including Amazon’s purchases of Whole Foods and Zappos, Facebook’s purchase of WhatsApp and Instagram, and Google’s acquisitions of Waze, Nest and DoubleClick.

Facebook acquired dozens of companies between 2010 and 2019, according to S&P Global (NYSE:) Market Intelligence data, including eye-catching purchases like WhatsApp and Instagram as well as smaller transactions in ad tech, facial recognition and social analytics.

Alphabet spent $1 billion on an unspecified number of small acquisitions in 2019, according to securities filings. Many were companies working on artificial intelligence research and cloud computing services, areas in which Google is trying to innovate quickly and has sought to bolster hiring.

With the exception of its $3 billion purchase of headphone and streaming company Beats in 2014, Apple has mostly made small deals valued at less than $500 million over the past decade, snapping up small companies working on key technologies such as augmented reality displays, camera sensors and artificial intelligence software.

Microsoft has sought to consolidate its position in the business software market, with major acquisitions such as the LinkedIn (NYSE:) social network for business professionals and the code repository site GitHub. Since buying LinkedIn, which also fielded offers from Salesforce Inc (N:), Microsoft has begun integrating its social network data with Microsoft products such as Outlook email.