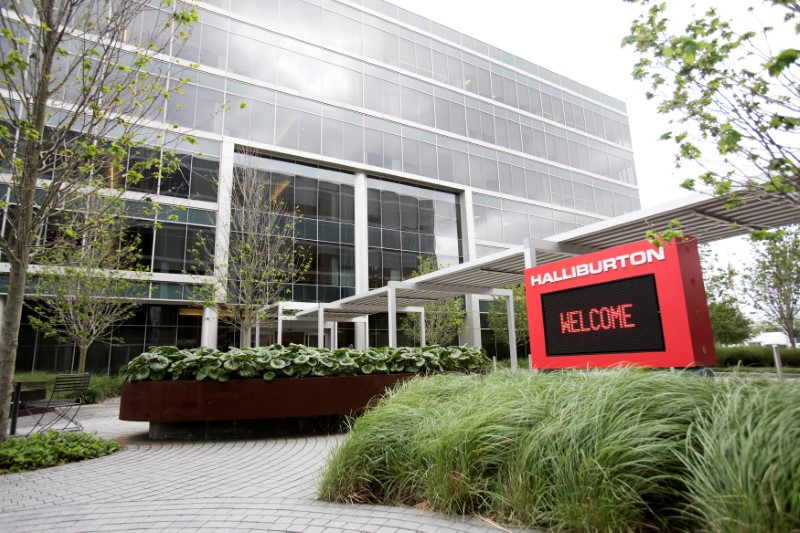 Oilfield service companies have been relying more on demand from international markets, which has recovered after a prolonged slump in oil prices, especially at a time when U.S. oil and gas producers cut spending to reward investors with share buybacks and dividends.

Demand for services like drilling and pumping has also been hit by weak oil prices late last year and pipeline constraints in the Permian Basin, the biggest shale play in the United States and home to a majority of the oil rigs.

U.S. rig count, an early indicator of future output, has declined over the past seven months and stood at 779 in the week to July 19, according to a Baker Hughes report, down from 858 a year earlier.

Rival Schlumberger NV (N:) on Friday posted a higher-than-expected second-quarter revenue and an increase in profit on demand from markets outside North America.

Halliburton’s revenue from international markets jumped more than 12% to $2.60 billion, while revenue from North America fell 13.2% to $3.33 billion.

Revenue from Middle East and Asia, the biggest contributors to its international business, rose 9.1% to $1.21 billion.

“Momentum is building internationally and activity improvement should continue into 2020,” Chief Executive Officer Jeff Miller said in a statement.

The company maintained its expectation of high single-digit international growth for 2019.

It took pre-tax impairments and other charges of $247 million.

Halliburton shares, which have declined nearly 18.2% this year, rose as much as 1.6% in premarket trading.