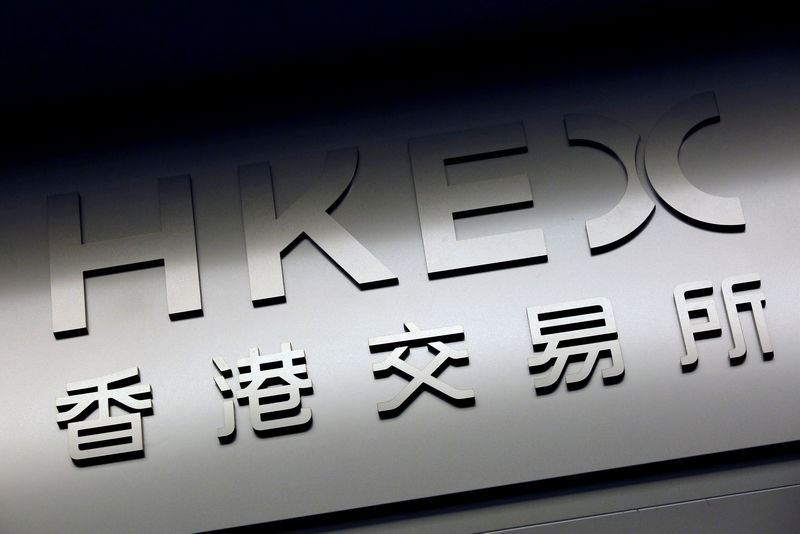 By Huw Jones and Sinead Cruise

LONDON (Reuters) – Hong Kong Exchanges and Clearing (HK:) has made an unsolicited $39 billion takeover approach for the London Stock Exchange (L:), a proposal contingent on the LSE ditching its acquisition of data company Refinitiv.

The move comes at a time of political turmoil in both Hong Kong and London and is aimed at creating a global trading power better able to compete with U.S. rivals such as ICE (N:) and CME (O:).

The LSE has long sought to bolster its presence in Asia and recently launched a link scheme with HKEX competitor Shanghai.

“The board of HKEX believes a proposed combination with LSEG represents a highly compelling strategic opportunity to create a global market infrastructure leader,” the Hong Kong exchange said in a statement on Wednesday.

The LSE said it would review the proposal but added that it was committed to and continued to make good progress on its planned acquisition of Refinitiv from a consortium led by U.S. private equity firm Blackstone (N:).

The approach by the Hong Kong company comes as Britain is set to leave the European Union, a step some politicians fear could weaken its status as a major financial center.

HKEX, which already has a base in London as owner of the London Metal Exchange, said it had played a key role in underpinning the City of London’s position as a pre-eminent global center for metals trading.

“HKEX is fully committed to supporting and building the long term roles of both London and Hong Kong as global financial centers,” it added.

The proposed 31.6 billion pounds cash-and-share transaction would only go ahead if the LSE’s takeover of Refinitiv does not proceed, HKEX said. Some analysts saw the Hong Kong offer as a defensive move to scupper the Refinitiv deal and prevent the London exchange becoming a bigger rival like CME and ICE.

HKEX, whose main shareholder is the Hong Kong government, said its proposal represented a 22.9 percent premium to the LSE’s closing stock price on Tuesday.

After initially jumping more than 17 percent in reaction to the news, LSE shares were trading 5.4 percent higher at 1205 GMT.

“It looks uncertain whether shareholders will accept the offer, given that the Refinitiv deal is popular across the shareholder base for its potential to transform the business and add value over the long-term,” said Guy de Blonay, a fund manager at Jupiter, a top-25 investor in the LSE.

The LSE announced in August that it had agreed to buy Refinitiv in a $27 billion deal aimed at transforming the exchange into a market data and analytics giant.

The proposed takeover of the LSE comes at a time when Hong Kong is beset by political upheaval. Pro-democracy protesters lit fires and vandalized a metro station near the exchange on Saturday as increasingly violent clashes with police move into their fourth month.

“This is not helpful. As a financial center, trust and confidence are important,” HKEX boss Charles Li said of the protests last month, when HKEX reported a 21% fall in trading fees in the first half of the year.

HKEX has been the world’s largest listings venue in five of the past 10 years, splitting the crown over that decade with the New York Stock Exchange, according to Refinitiv data.

But this year it has fallen behind, raising $10.8 billion to the NYSE’s $20.2 billion, with activity suffering as the political turmoil deepened. Last month, Alibaba (NYSE:) delayed plans for a $15 billion offering because of the unrest.

For an interactive version of this chart, click here https://tmsnrt.rs/31gJ7W8

A top-10 shareholder in the LSE, who declined to be named in line with his company’s policy during potential mergers, sounded a cautious note about the prospects of a successful takeover of the exchange.

“HKEX bought LME a few years ago to have a presence in the UK already, but clearly they are trying to diversify away from their Chinese exposure, which is why they are bidding now and not nine months ago,” he said.

“Shareholders won’t be rushed to make a decision as we like the Refinitiv deal,” he added.

FACTBOX-How the LSE and HKEX stack up:

A successful Hong Kong bid for the LSE would sabotage Blackstone’s lucrative deal to sell Refinitiv. It would also scupper plans to refinance some $13.5 billion worth of leveraged loans and bonds which were issued to pay for Refinitiv with investment grade bonds issued by the LSE.

Prices of bonds issued by Refinitiv were only slightly lower in secondary trading on Wednesday, implying continued investor confidence in the company’s tie-up with LSE.

The approach is the latest international attempt to acquire the LSE – Germany’s Deutsche Boerse (DE:) has failed three times in recent years, hitting opposition from politicians and regulators.

LSE CEO David Schwimmer has said that big takeovers in exchanges are difficult due to political concerns and in recent years the LSE has sought to diversify away from basic trading and clearing to data and analytics.

The Asian exchange, however, said it was confident its proposal faced no major regulatory hurdles due to little overlap in markets.

HKEX said it has already begun discussions with certain regulators in Britain and Hong Kong. “The board of HKEX believes that the two businesses are highly complementary and as such, looks forward to working with the relevant authorities to deliver a clear path to completion,” it added.

Should the proposed takeover be successful, it is expected that key LSE management would continue to operate LSE businesses, HKEX said.

The Hong Kong government threw its support behind the move.

“The government is glad to see HKEX’s endeavor to enhance its core strength and seek international expansion in accordance with its strategic plan,” a spokesman said.

The UK Treasury declined to comment on commercial matters.

Business Secretary Andrea Leadsom told Bloomberg TV the UK welcomed foreign investment but would “look very carefully at anything that had security implications for the UK”.

HKEX said that under the terms of the deal, LSE shareholders would receive 2,045 pence in cash and 2.495 newly issued HKEX shares. It said it intended to apply for a secondary listing of its shares on the LSE once the deal has gone through.