Oil Falls 3% as Trump Agrees to Iran Talks, Backs Away From China 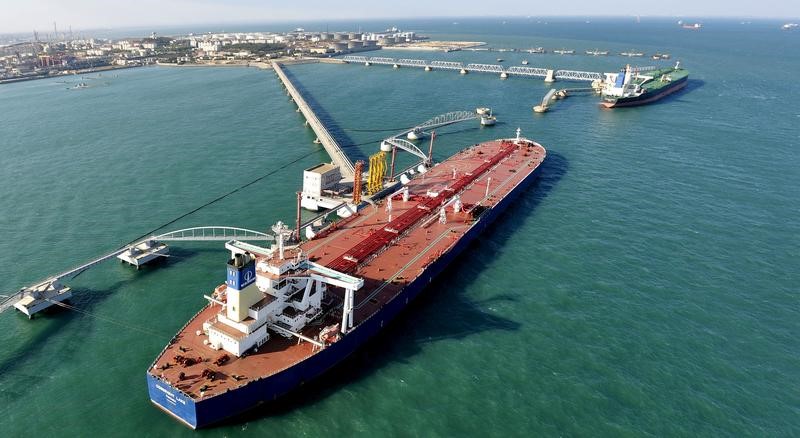 Investing.com – Oil prices slumped more than 3% Tuesday as the Trump administration appeared ready to start talks with Iran, while considering new and heavier tariffs on China, which it accused of not buying U.S. farm products as expected.

Newsweek quoted U.S. Secretary of State Mike Pompeo as saying on Tuesday that “for the first time” Iranian officials “are ready to negotiate on their missile program.” His remarks came after President Donald Trump told a cabinet meeting that his administration had made progress with Tehran and did not wish war or regime change there, although he did “want them out of Yemen.”

The U.S. has accused Iran of supporting a Zaidi Shiite Muslim rebel group known as Ansar Allah, or the Houthis, currently engaged in a four-year war against a Saudi-led coalition backing the country’s displaced government.

It is not immediately known whether Trump’s decision to agree to talks with Iran means the president was also accepting Tehran’s precondition that all sanctions against the Islamic Republic be removed before negotiations can begin.

If Trump did accept the Iranian demand, it means more oil could be flowing to the market in the coming weeks that could offset at least part of the supply cuts that OPEC has been painstakingly coordinating with its partner Russia since the end of last year.

Trump, meanwhile, said the United States has a long way to go to conclude a trade deal with China and could impose tariffs on an additional $325 billion worth of Chinese goods if it needed to do so.

At the White House cabinet meeting, the president said China was supposed to be buying U.S. farm products and his administration was watching to see if Beijing would do so.

Oil bulls are still hoping that enough U.S. crude output would have been shut in last week during the relatively tame Hurricane Barry to generate a fifth-straight week of drawdowns.

The U.S. Energy Information Administration is expected to report a crude drawdown 3.38 million barrels for last week, according to a consensus of analysts tracked by Investing.com. In the previous week, the EIA reported a drawdown of 9.5 million barrels.

Late Tuesday, the American Petroleum Institute offered a snapshot of what the EIA is likely to report in its dataset for the week ending July 12. The API report showed crude stocks declining 1.4 million barrels.