Oil rises about 1% on concerns about return of Saudi output 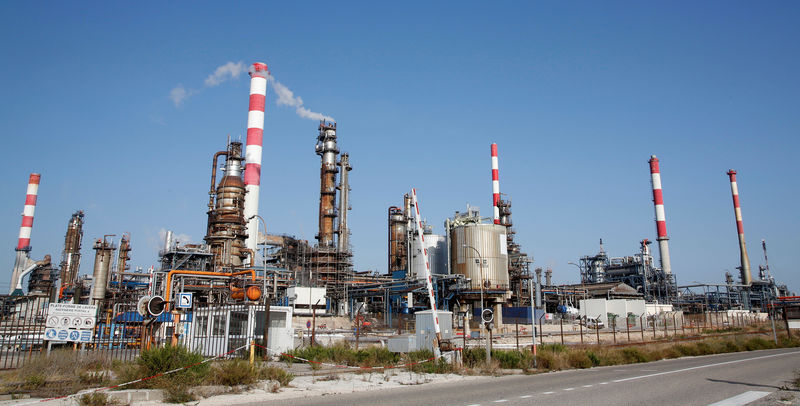 NEW YORK (Reuters) – Oil ended about 1% higher on Monday after a volatile trading session as traders focused on when Saudi Arabia would be able to restore full output following the Sept. 14 attack on its facilities.

“We’ve seen futures trade on both sides of unchanged today. The market is hesitant to drive too much higher at this point until it gets more facts. But I think the bullish news outweighs the bearish news and that is why we are up at the end of the day,” said Phil Flynn, an analyst at Price Futures Group in Chicago.

Brent futures started the session at a high of $65.50 on a report in the Wall Street Journal that it could take Saudi Arabia months longer than its Aramco oil company anticipates to repair damage from the Sept. 14 attacks.

The global benchmark, however, fell to a low of $63.53 after Reuters reported Saudi Arabia could restore production by early next week.

A source briefed on the latest developments told Reuters that Saudi Arabia has restored more than 75% of crude output lost after attacks that knocked down 5.7 million barrels per day, or more than half of the kingdom’s oil production, and will return to full volumes by early next week.

“Although it’s not a foregone conclusion that a response against Iran will occur, the uncertainly about what that may entail is keeping a level of risk premium in prices,” said Anthony Headrick, energy market analyst at CHS Hedging LLC in Inver Grove Heights, Minnesota.

Analysts projected U.S. inventories will likely remain below the five-year average in coming weeks as the country boosts exports to help fill the Saudi void.

Tension in the Middle East has escalated since the Saudi attack. The Pentagon has ordered additional U.S. troops to be deployed in the Gulf region to strengthen Saudi Arabia’s air and missile defenses.

In a move that could cool tensions, Iran said the British-flagged tanker Stena Impero is “free to leave.” Iran seized the ship on July 19, two weeks after Britain detained an Iranian tanker off Gibraltar.