StockBeat – A Triple-Whammy of Trade War, German Jobs and Salvini 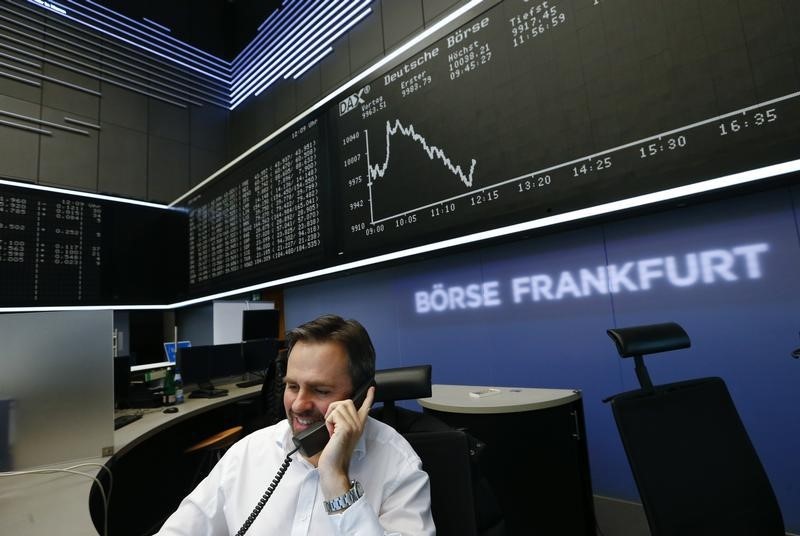 Investing.com — Europe’s stock markets are tumbling again in early trade on Wednesday, after China hinted that it may escalate its trade dispute with the U.S. by choking off the export of raw materials vital for many of the world’s high-tech goods.

The benchmark was down 1.4% at 371.14 by 4:30 AM ET (0830 GMT), after the Global Times, an English-language mouthpiece for Beijing, tweeted that China was seriously considering cutting exports of metals in response to the U.S.’s recent imposition of higher import tariffs on its goods and an effective boycott of telecoms giant Huawei.

There was more gloomy news closer to home, too, as Germany’s Federal Labor Office announced a shocking 60,000 rise in in May, as the extended slump in manufacturing over the winter finally took its toll on payrolls. There had already been hints of layoffs in IHS Markit’s purchasing managers’ index last week, but the figures still surprised the market, which had been expecting a drop of 8,000.

Germany’s labor market miracle has been one of the biggest props to the European economy for the last 10 years, with the number of people in work setting a series of all-time highs. But its economy is more dependent than most on manufacturing, and its manufacturers are highly dependent on exports to the U.S. and China (and, to a degree, Britain, which is struggling with its own self-generated slowdown).

At the opening, markets were still under pressure from signals yesterday that Italy’s nationalist Lega party will take a more aggressive line in its budget dispute with the EU. The risk premium offered by over their German equivalents rose to its highest since February at 286 basis points after Lega head , the big winner in the weekend’s elections to the European parliament, said he would press for changes to the EU’s budget rules and called for the European Central Bank to guarantee all Eurozone government debt.

The was down 1.4% and is now down 8.7% over the last month, the worst performing of Europe’s big markets.