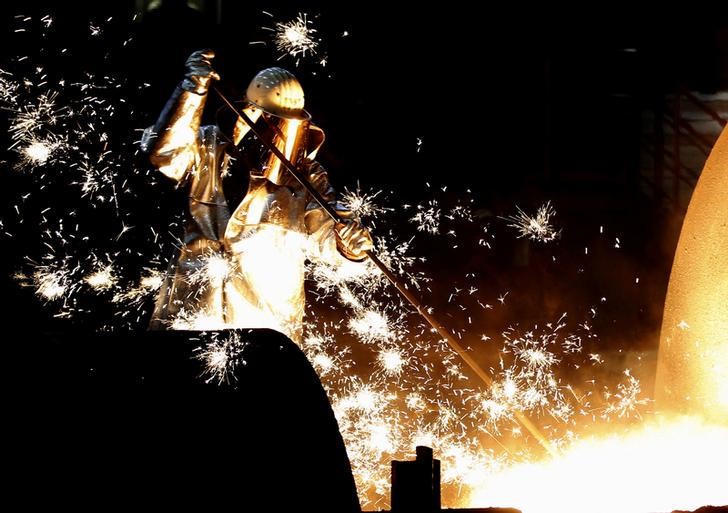 Investing.com — Europe’s stock markets edged higher for a second straight day Thursday, after another volatile day on Wall Street ended with a rally after the European close.

The bounce, however, remains underwhelming, against a backdrop of mounting fears for the global economy, and for the European one in particular. Despite a solid 0.8% rise in early trading to 371.66, the benchmark is still down over 4% in the last week. The U.K. is still down over 5% despite inching 0.1% higher and of Europe’s main boards, only Spain’s has lost less than 3% since the start of the month.

Government bond yields have risen slightly from the record lows that they hit on Wednesday, but still remain far below zero. The yield fell as low at -0.61% at the worst of Wednesday’s panic and is still trading at -0.56%.

The “lower for longer” interest rate environment again dragged on bank stocks, with Unicredit (MI:), ABN AMRO (AS:) and Commerzbank (DE:) all adding to Wednesday’s losses, joined in the red by Societe Generale (PA:), Credit Agricole (PA:), Bankia (MC:) and ING Group (AS:).

Other big movers included U.K. based asset manager Hargreaves Lansdown (LON:), which rose 6.3% after reporting better-than-expected flows of new money in the wake of its embarrassment with fund manager Neil Woodford. HL had pushed Woodford’s funds aggressively to clients before they were hit by his decision to suspend redemptions after running into trouble with illiquid and hard-to-value investments. One of Woodford’s biggest investments, litigation funder Burford Capital (LON:), fell by nearly half on Wednesday after short-seller Muddy Waters detailed what it said were flaws in its accounting.

Elsewhere, however, there was a touch of relief after China’s monthly showed both exports and imports faring better than expected. Analysts at ING warned that the data contained some odd-looking anomalies, such as a rise in oil exports, which may suggest that the underlying picture isn’t as rosy.

However, the figures were enough to stabilize the in market trading, while China’s central bank took the widely-expected step of fixing the onshore rate at above 7 to the dollar for the first time since 2008.

“China is working hard to avoid excessive (yuan) weakening and resulting currency tensions,” said Robin Brooks, an economist with the Institute of International Finance in Washington, via Twitter.

Trade war fears helped undermine sportswear group Adidas (DE:) again, despite the German company reporting wider profit margins and a solid 4% rise in currency-adjusted sales. Elsewhere in Germany, Thyssenkrupp (DE:) rose 2.6% after moving closer to a breakup with the announcement that it has put three more underperforming businesses – two of them badly hit by the weakness of the automotive sector – under review.