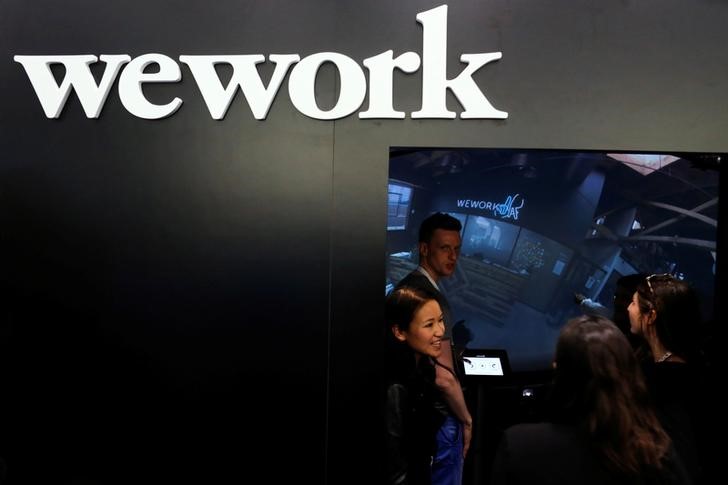 Investing.com — WeWork’s CEO and founder Adam Neumann may go the way of Uber’s Travis Kalanick, and there’s no end in sight to the slowdown in global manufacturing. Here’s what you need to know in financial markets on Monday, 23rd September.

Softbank, the largest outside shareholder in We Company, is pushing for CEO and founder Adam Neumann to be replaced as chief executive of , the loss-making provider of shared office space.

The Financial Times reported that Softbank had lost patience with Neumann’s erratic behavior and leadership, which has led to delays in the company’s IPO. It added that a board meeting to demote Neumann may take place as early as this week. The move echoes events at Uber Technologies (NYSE:) two years ago, when founder Travis Kalanick was forced out by outside investors.

WeWork aside, it’s set to be a heavy week for IPOs, with exercise bike-maker Peloton also reportedly struggling to drum up interest. ’s Asia deal and European software group TeamViewer are also due in the course of the week.

The latest raft of monthly business surveys from around the world suggested no end in sight to the global manufacturing slowdown.

The euro zone’s purchasing managers index fell at its fastest rate in over six years to 50.4, suggesting the economy nearly stalled at the end of the third quarter, according to IHS Markit. in Germany, for years the most reliable source of growth in the region, fell at its fastest since the Great Recession in 2009.

Australia’s also fell below the 50 level that separates growth from contraction. IHS’s U.S. PMI will be released at 9:45 AM ET (1345 GMT).

U.S. stock markets are set to open mixed to lower on follow-through from the sell-off that happened on Friday after the mood music on trade turned slightly more confrontational.

Sentiment over the weekend hasn’t been helped by another rise in oil prices (see below) amid reports that Iran is planning another strike on Saudi oil facilities (the Islamic Republic still denies any involvement in the attacks nine days ago).

Risk aversion appears to have returned to markets, with the U.S. Treasury yield falling to a two-week low of 1.69%, down 4 basis points from Friday’s levels.

are vacillating sharply, rising in the wake of the reports about another Iran strike, and gaining further on the back of a Wall Street Journal report suggesting that it may take months to get Saudi Arabia’s oil installations back to fully-functional.

Saudi Arabia pushed back against the report on Monday, saying that production will be restored by the end of next week.

That’s caused crude prices to drop back again to $57.70 a barrel by 6 AM ET, their lowest since the attacks on the Abqaiq processing facility and Kurais oilfield.

On Friday, data from had shown the number of active oil rigs in the U.S. fell to its lowest since spring 2017, while the reported that hedge funds had used last week’s spike in prices to reduce long positions, apparently fearful that the economic slowdown will cause a new glut.

The U.K. Labour party is set to throw its weight firmly behind remaining in the EU at the next election.

Reports suggest a motion at Labour’s annual conference today embracing Remain over the objections of leader Jeremy Corbyn will pass. Paradoxically, that may make Brexit more likely rather than less, as it could harden the split between Remain-leaning parties at the next election, which is expected by many before year-end.

The fell against the dollar in early trade in Europe, after further signs of political instability emerged over the weekend with a report that Prime Minister Boris Johnson failed to disclose large grants of public money made to a close friend and former model while he was Mayor of London.