Top 5 Things to Know in the Market on Thursday, 6th February 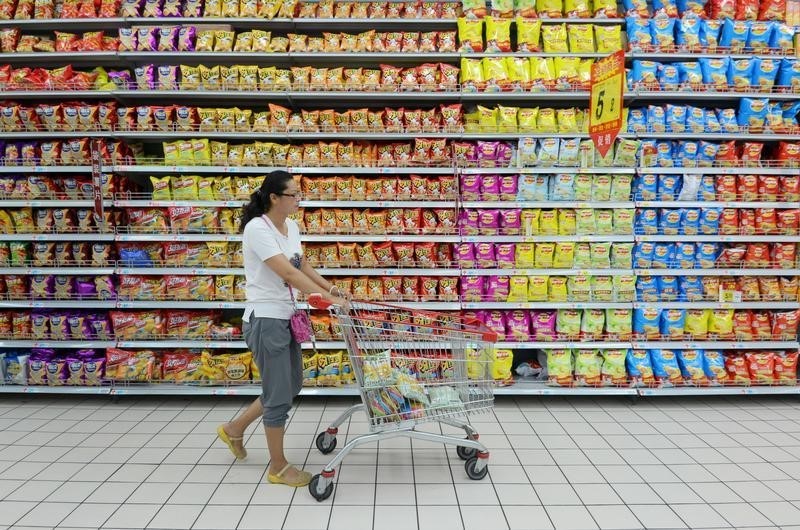 Investing.com — China said it will cut tariffs on some U.S. imports, sparking further gains in global stocks. The spread of the coronavirus appears to be slowing, according to the latest data on deaths and new infections. Oil markets reacted cautiously to reports that OPEC and its allies may cut another 600,000 barrels a day to bring the world oil market back into balance. Christine Lagarde warned the European parliament that the ECB is running out of road for further policy stimulus. And of course there’s a whole load more corporate earnings coming down the track later. Here’s what you need to know in financial markets on Thursday, 6th February.

China said it will cut tariffs on an annual $75 billion worth of U.S. imports from Friday, reciprocating the partial roll-back in U.S. tariffs on Chinese goods that the two sides agreed last month.

Although the step was as expected and hardly moved the price of commodities that were affected such as and oil, it cements the recent truce between the two and supports hopes that the biggest drag on the global economy will fade this year.

The news overshadowed hints elsewhere from the Chinese press that the government may seek to use the coronavirus outbreak as an excuse not to buy the full volume of U.S. goods it agreed to in January.

Elsewhere, China’s biggest buyer of gas CNOOC reportedly declared force majeure on contracts to import liquefied , a reflection of the collapse in industrial demand following the extended shutdown of Chinese factories due to the outbreak.

The headlines on the tariff cuts were still all that was needed to justify another move up in global stock markets overnight. Major Chinese stock indices rose by between 1.4% and 2.8%, while the hit a new all-time high before retracing its gains.

However, commodities and emerging market currencies were less impressed. Crude futures gave up early gains after reports that China is also looking to cut purchases of Saudi Arabian oil due to the coronavirus impact on local demand, amidst reports that refineries have slashed throughput.

futures also could only drift sideways, while there were better bids for haven metals and than for industrial ones such as and .

The virus itself continues to spread, although both the incidence of new cases and the death toll are rising more slowly than at any time so far during the outbreak. “The trend rate of increase is slowing,” said Ian Shepherdson, chief economist at Pantheon Economics in London.

The world’s biggest oil exporters look set to cut their production even more deeply in order to restore balance to an oversupplied global market suffering from the impact of the coronavirus.

Newswire reports suggested that the technical experts from the Organization of Petroleum Exporting Countries and allies including Russia would recommend additional supply cuts of 600,000 barrels a day. That compares with an estimate from BP (LON:) earlier this week that the virus could hit destroy an average of 400,000 b/d over the whole year.

However, it wasn’t clear whether Russia’s government would support the action. Russia has argued that U.S. shale producers should take more of the strain in balancing the market, having ramped up their output considerably at the cartel’s expense last year.

U.S. stock markets are set to open modestly higher after another big jump on Wednesday, helped by the continuation of the rally in overseas markets.

After the bell on Wednesday, chipmaker Qualcomm (NASDAQ:) had lowered its guidance range the year through September, citing the potential impact of the coronavirus. Yum China Holdings (NYSE:) had also said it had temporarily closed over 30% of its 9,000 outlets due to the outbreak.

The day’s earnings roster is led by Philip Morris (NYSE:) and Bristol-Myers Squibb (NYSE:), with updates also due from Cigna (NYSE:), S&P Global (NYSE:), Estee Lauder (NYSE:) and . and report after the closing bell.

European Central Bank President Christine Lagarde told the EU parliament that the current environment of low interest rates has left the bank with “reduced scope” to provide further support to the economy with monetary policy.

Her words mark a change in emphasis from predecessor Mario Draghi, who never failed to talk up the possibility of further easing, even as outside analysts cast doubt on the diminishing returns of its extraordinary stimulus measures.

Lagarde’s comments came after a surprising 2.1% drop in in December, leaving them down over 8% on the year and suggesting that the manufacturing slump in the euro zone’s largest economy still hasn’t run its course. The stayed stuck at $1.1000.