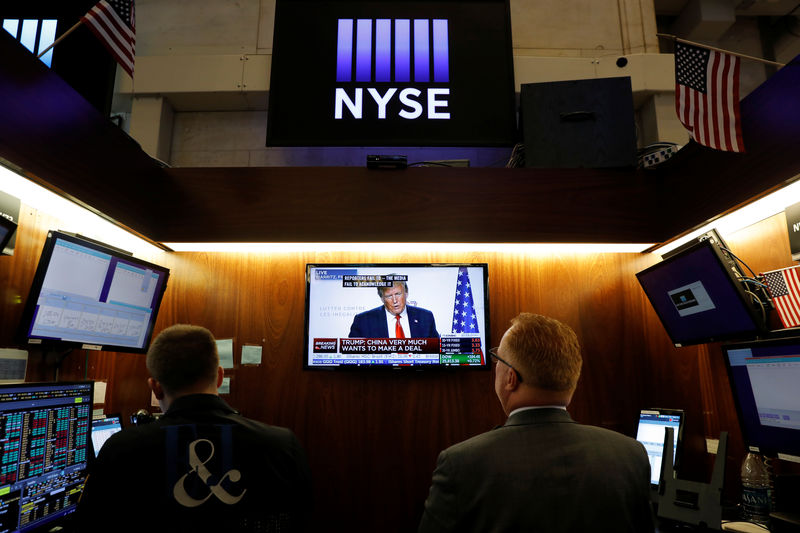 (Reuters) – The move by Democrats in the U.S. Congress on Tuesday to launch a formal impeachment inquiry into President Donald Trump has caused nervousness on Wall Street – but history suggests investors need not worry.

House of Representatives Speaker Nancy Pelosi announced the probe over reports Trump sought foreign help to smear a political rival. The S&P 500 closed down 0.84%, hurt partly by the anticipation of Pelosi’s announcement.

While the uncertainty created by the move roiled the market, investors said the year-long U.S.-China trade war and damage it could do to the global economy remained the most pressing issues.

The removal of Trump, a Republican, from office appeared unlikely since it would require the Republican-controlled Senate to convict him in a trial by a two-thirds majority.

“It’s not going to happen, where you have a Republican Senate convict a sitting Republican president,” said BB&T Wealth Management Senior Vice President Bucky Hellwig, characterizing the 1998 impeachment of President Bill Clinton as a “nothing burger.”

Wall Street dropped and the dollar tumbled in the months ahead of President Richard Nixon’s resignation in 1974, when he was under threat of impeachment over the Watergate scandal.

But that market volatility also stood against a backdrop of Nixon’s decision to suspend the dollar’s convertibility into gold and a recession following the oil shock of late 1973, according to JPMorgan’s John Normand.

Market moves before and after Nixon resignation – https://fingfx.thomsonreuters.com/gfx/mkt/10/159/159/Pasted%20Image.jpg

After early volatility, Wall Street also weathered the 1998 impeachment of Clinton, who was later acquitted by the Senate.

S&P 500 and the Clinton impeachment – http://fingfx.thomsonreuters.com/gfx/rngs/USA-STOCKS/010061S83HW/clinton-timeline.jpg