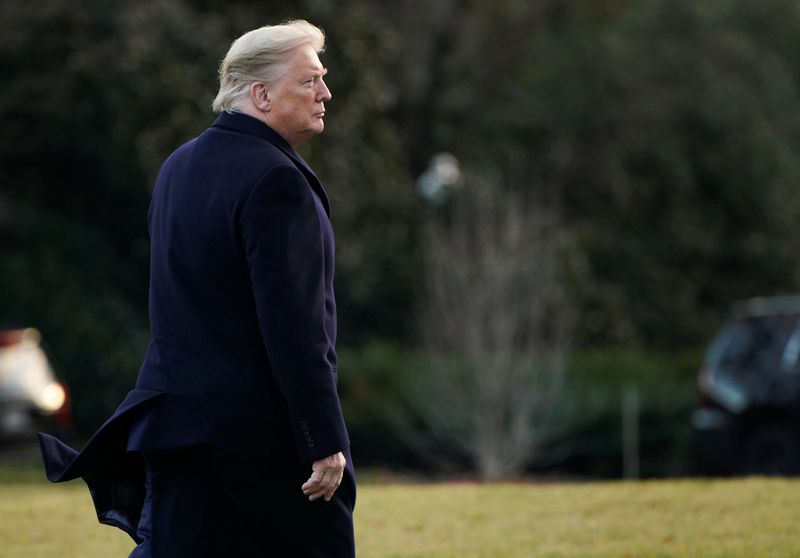 WASHINGTON (Reuters) – U.S. President Donald Trump will propose on Monday a 21% cut in foreign aid and slashing social safety net programs in his $4.8 trillion budget proposal for fiscal 2021, according to senior administration officials.

The budget will seek an increase in funds to counter developing economic threats from China and Russia, but will also raise funds by targeting $2 trillion in savings from mandatory spending programs in the United States.

Trump, a Republican, sought in his budget proposal last year to slash foreign aid but faced steep resistance from Congress and did not prevail.

Trump latest blueprint for administration spending proposals is unlikely to be passed by the Democratic-controlled House of Representatives, particularly in an election year.

The budget will raise military spending by 0.3% to $740.5 billion for the fiscal year 2021, starting Oct. 1 and propose higher outlays for defense and veterans, administration officials said.

The White House proposes to slash spending by $4.4 trillion over 10 years.

That includes $130 billion from changes to Medicare prescription-drug pricing, $292 billion from cuts in safety net programs – such as work requirements for Medicaid and food stamps – and $70 billion from tightening eligibility rules for federal disability benefits.

Aid to Ukraine would remain at its 2020 levels under the new proposal, the official said. Trump was acquitted last week of impeachment charges that he withheld aid to Ukraine to spur Kiev to investigate political rival Joe Biden, a Democratic presidential candidate and former U.S. vice president.

Administration officials told Reuters that Trump would request an increase in funding for the U.S. International Development Finance Corporation (DFC) to $700 million compared to $150 million the previous year.