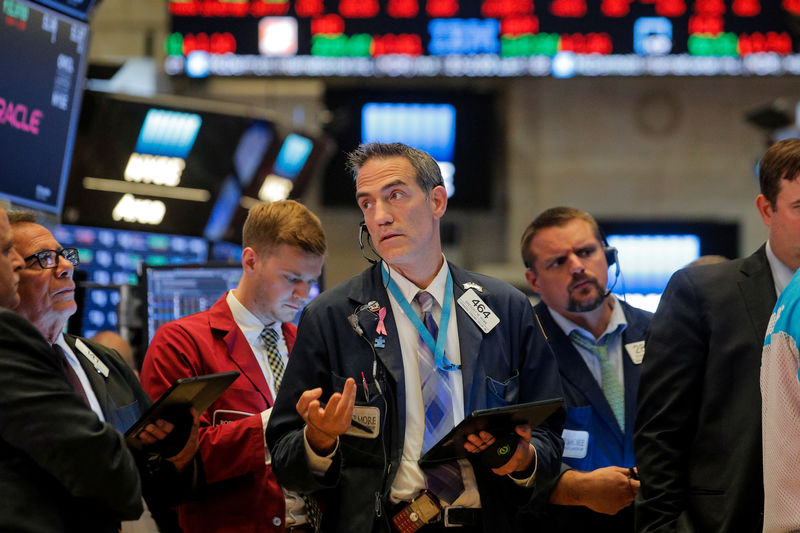 SYDNEY (Reuters) – Wall Street stock futures edged up in early trade on Monday, setting an upbeat tone for Asian markets on hopes of an interim Sino-U.S. tariff deal after the U.S. Trade Representative characterized their two days of talks as “productive”.

MSCI’s broadest index of Asia-Pacific shares outside Japan (), up 3.4% so far this month, is likely to hold a firm tone on Monday.

The U.S. Trade Representative’s office issued a brief statement characterizing the two days as “productive” and that a principal-level trade meeting in Washington would take place in October as previously planned.

China’s Commerce Ministry, in a brief statement, described the talks as “constructive”, and said they had also had a good discussion on “detailed arrangements” for the high-level talks in October.

“Both sides agreed to continue to maintain communication on the relevant issues,” it added, without elaborating.

Additionally, the United States removed tariffs from more than 400 Chinese products in response to requests from U.S. companies.

Market sentiment was still a bit jittery as news broke on Friday that Chinese officials unexpectedly canceled a visit to U.S. farms next week following their two days of negotiations in Washington.

“There has not been any progress, at least officially, in terms of the more contentious issues,” Catril added.

Later in the day, September manufacturing activity surveys are due from the United States and European Union with market looking for a small rebound.

In currencies, the dollar gained a tad against the safe haven Japanese yen to 107.61 . The risk-sensitive Australian dollar was up 0.11%.

The euro () was mostly flat as was the British pound .

The Pentagon has ordered additional troops to be deployed in the Gulf region to strengthen Saudi Arabia’s air and missile defenses following an attack on Saudi oil facilities.

U.S. Secretary of State Mike Pompeo said on Sunday the additional troops are for “deterrence and defense” and Washington aimed to avoid war with Iran.

But with markets calmer since the Sept. 14 attacks on Saudi Arabian refineries, gold pulled back.[GOL/]

For a graphic on Asian stock markets, please click : https://product.datastream.com/dscharting/gateway.aspx?guid=516bc8cb-b44e-4346-bce3-06590d8e396b&action=REFRESH