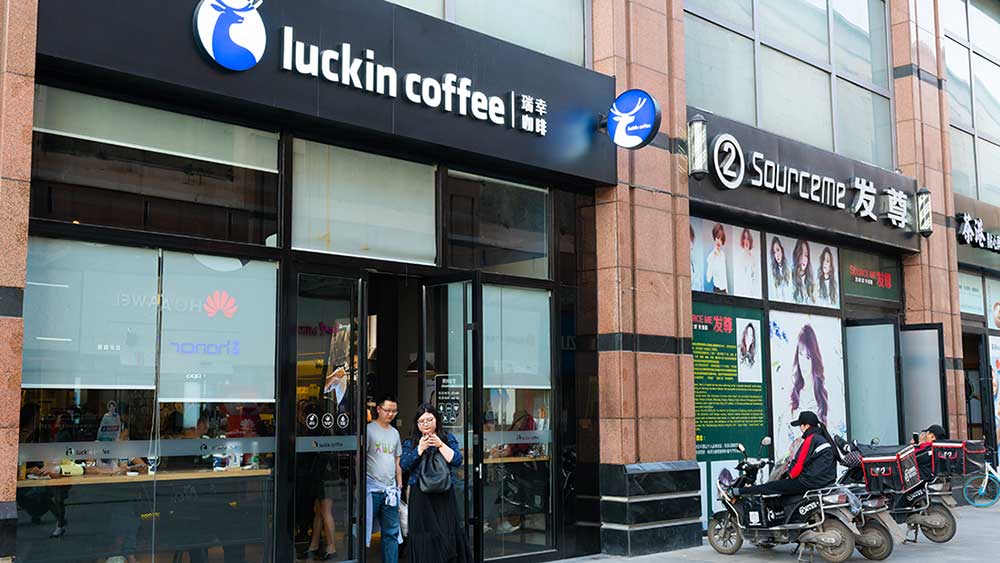 Estimates: Wall Street expects Luckin to report a 37 cent per-share loss. Revenue for the recent IPO is expected to be $211.46 million.

Outlook: Luckin sees Q4 revenues from products to be between 2.1 billion-2.2 billion yuan.

“During the third quarter, sales from freshly-brewed coffee drinks continued to maintain very strong growth, and we believe we will reach our goal to become the largest coffee player in China by the end of this year,” said CEO Jenny Zhiya Qian.

Luckin wants to have more than 4,500 by the end of 2019. By contrast, Starbucks had 4,125 stores in China as of the end of its most recently reported quarter.

Shares popped 13% to close at 21.46 on the stock market today, gapping back above their 50-day average. Starbucks, which has targeted China as a major driver for future growth, rose 0.7%.

Luckin Coffee stock has a weak Composite Rating of 13, out of a best-possible 99, and an EPS Rating of just 2, indicating non-existent profit growth.

Luckin went public in May after pricing at $17 per share. The stock’s relative strength line has fallen since August, meaning it has trailed the S&P 500 over that time.

The chain tries to use mobile ordering, small stores and big data to serve customers quickly in what it has called a “100% cashier-less environment.”

But Luckin competes against smaller shops selling tea — long the hot beverage of choice in China — and Starbucks. And it has lost money as it grows at a torrid pace, promotes itself and tries to educate consumers about coffee consumption.

Luckin has also launched Luckin Tea and plans to set up a joint venture with Louis Dreyfus Co., which processes agricultural goods, to develop a Luckin Juice business.

How To Trade IPO Stocks: IPO Bases Are Unusual But Can Result In Rich Gains

Which Companies Are Now Outperforming 95% Of All Stocks?

What Is A Dividend? Plus The 5 Best Dividend-Paying Stocks Now