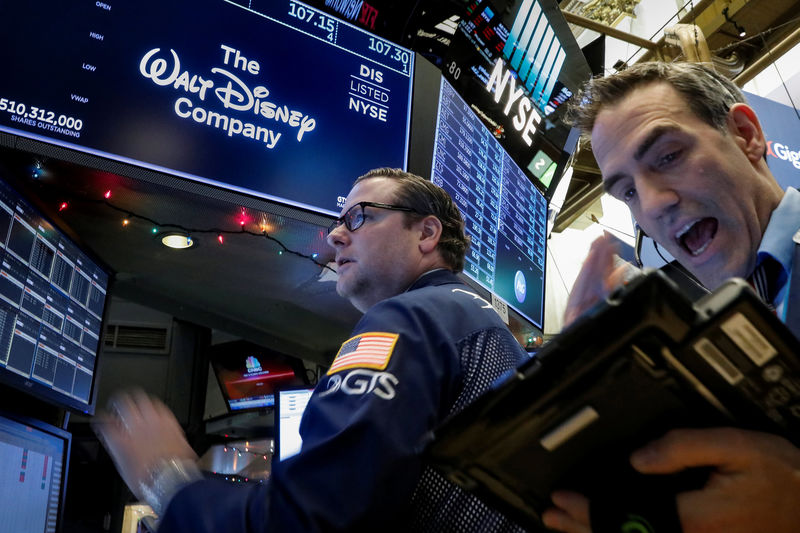 Investing.com – Walt Disney (NYSE:) rose on Tuesday in an otherwise thinly-traded day after reports that its streaming service was gaining an average of 1 million subscribers a day.

The app has been downloaded 15.5 million times according to research firm Apptopia, The New York Post reported late on Monday.

The service, which costs $6.99 per month and includes Disney content as well as Disney-owned franchises, has made Disney $5 million though in-app purchases, the paper reported.

Shares of Disney were up 2% in midday trade, while rival Netflix (NASDAQ:) slipped 0.8%.