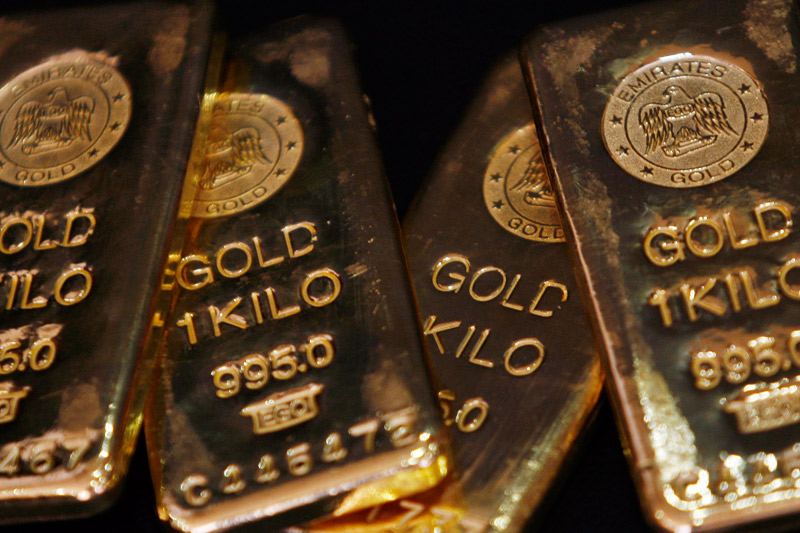 Investing.com – Gold fell nearly 2% on Tuesday, taking its hardest knock in five weeks to tumble from its $1,500 perch as more investors left safe havens to embrace risk amid the non-stop chorus of a likely U.S.-China trade deal.

The blue-chip hit all-time peaks for a second-straight session on Tuesday before consolidating gains after media reports suggesting U.S. and Chinese officials appeared serious enough to clinch a partial trade deal by considering rolling back more tariffs than initially said.

Gold’s stubborn hold above the $1,500 level over the past three sessions as equity markets rushed to record highs surprised many, prompting a questioning of the safe haven’s historical inverse relationship with risk instruments.

As TD Securities noted in a commentary on Tuesday, hedge funds and other money managers in gold were set for the first time in months to liquidate some of their holdings of the yellow metal in response to ebbing price action.

Unless gold returned north of $1,515, “trend following algos will be set to liquidate some 20% of their length in response to ebbing upside momentum in the midst of the Fed’s Pause version 2.0,” TD Securities said in its note.

“With risk assets posting a noteworthy performance, some gold bugs could be swayed to liquidate their holdings as dry-powder analysis suggests the average trader continues to hold an above average position size,” it added.