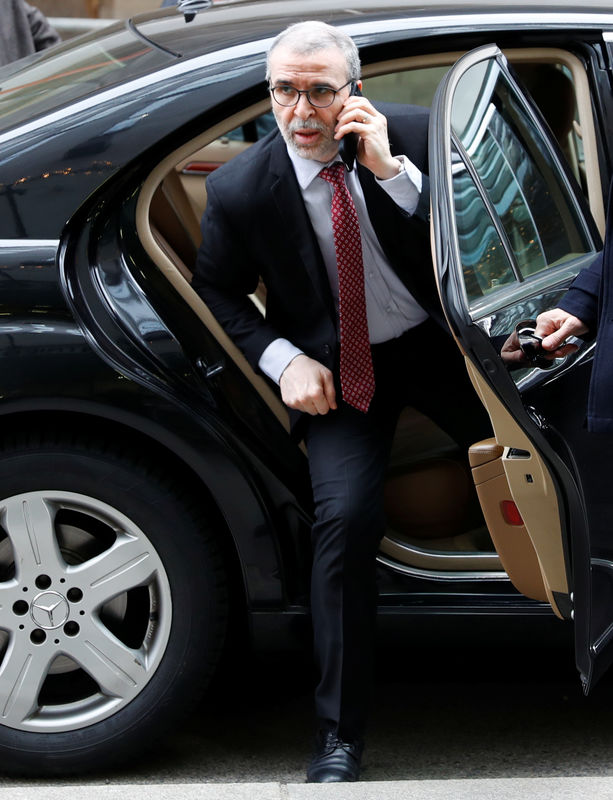 VIENNA (Reuters) – OPEC and its allies led by Russia on Thursday were moving closer to agreeing one of the deepest output cuts this decade to support crude prices and prevent a glut, sources from OPEC and its allied producers said.

The Organization of the Petroleum Exporting Countries (OPEC) meets on Thursday in Vienna and with Russia and others, a grouping known as OPEC+, on Friday.

Three OPEC+ sources told Reuters on Thursday the group would discuss increasing current cuts of 1.2 million barrels per day by more than 400,000 bpd.

The current cuts expire in March and OPEC+ sources and delegates have said the new deal could be extended to June or until the end of 2020.

OPEC+ has curbed supply since 2017 to counter booming output from the United States, which has become the world’s biggest producer.

Next year, rising production in the United States and other non-OPEC countries such as Brazil and Norway threaten to add to the glut.

OPEC’s actions in the past have angered U.S. President Donald Trump, who has repeatedly demanded OPEC’s de facto leader Saudi Arabia bring oil prices down if it wants Washington’s to provide Riyadh with military support against arch-rival Iran.

In the past few months Trump has said little about OPEC but that might change later in 2020 if oil and gasoline prices rise – a politically sensitive issue as he seeks re-election in November.

Oil minister Bijan Zangeneh of Iran, which is exempt from the cuts, said he would support a deeper cut if that was agreed by other producers.

OPEC’s actions have supported oil prices at around $50-$75 per barrel over the past year. futures on Thursday extended this week’s gains to trade above $63 per barrel. [O/R]

OPEC sources have also said Riyadh was pressing fellow members Iraq and Nigeria to improve their compliance with quotas, which could provide an additional reduction of up to 400,000 bpd.

Non-OPEC Russia has yet to agree to extend or deepen cuts from its current pledge of 228,000 bpd as its companies are arguing they are finding it tough to reduce output during winter months due to very low temperatures.

A source familiar with the Russian thinking told Reuters that Moscow would likely reach a deal with OPEC this week and just needed to iron out a few outstanding issues.

One sticking point for Russia is how its output is measured. Russia includes gas condensate in production figures, while other producers do not. Zangeneh said on Thursday that Russia’s stance on the matter was logical.