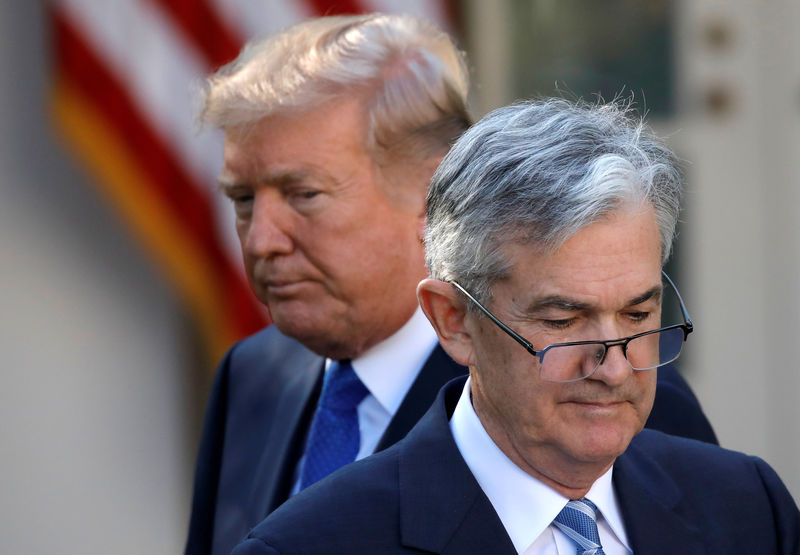 © Reuters. FILE PHOTO: U.S. President Donald Trump looks on as Jerome Powell, his nominee to become chairman of the U.S. Federal Reserve moves to the podium at the White House in Washington

WASHINGTON (Reuters) – President Donald Trump launched a fresh attack on the U.S. Federal Reserve on Tuesday, saying it needed to follow other nations with negative interest rates, as officials opened a two-day meeting that was expected to end with a rate cut.

“The Fed doesn’t have a clue! We have unlimited potential, only held back by the Federal Reserve,” Trump wrote on Twitter.

Trump, in a departure from his White House predecessors who refrained from commenting on Fed policy, has made a habit of criticizing the U.S. central bank for decisions he says kept borrowing costs too high for too long.

In September, he began to argue the Fed needed to push borrowing costs into negative territory, a step reluctantly pursued by some other central banks battling weak economic growth.

Fed officials are expected to announce a quarter-percentage point rate cut at 2 p.m. (1800 GMT) on Wednesday after they wrap up their meeting. That would push the benchmark federal funds rate down to a range of 1.5% to 1.75%.