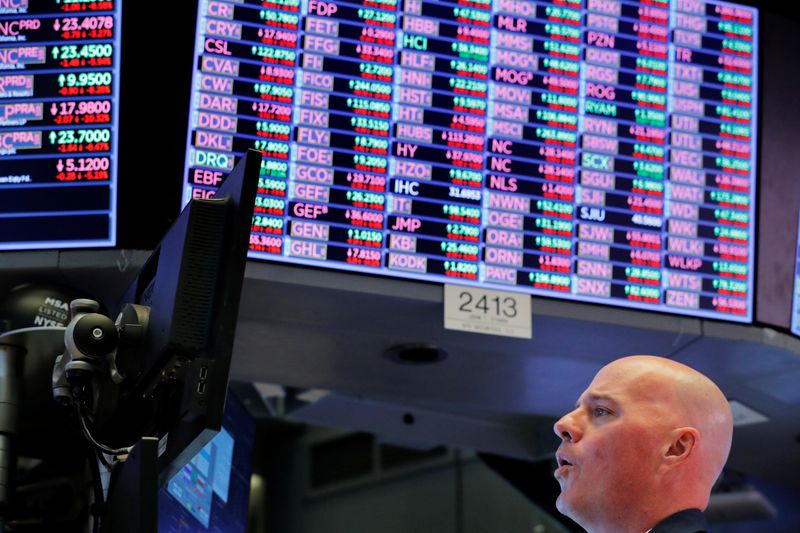 By Sanjana Shivdas and Medha Singh

(Reuters) – S&P 500 companies lost more than $2 trillion in value in the first few minutes of trading on Monday as investors panicked about the mounting damage from the coronavirus pandemic on the global economy.

Trading on the three main U.S. stock indexes was halted for 15 minutes at the open, the third such pause in six days, as the benchmark index () plunged 8% and triggered an automatic cutout.

A sharp cut in interest rates by the Federal Reserve to near-zero only added to the alarm, while traders worried that the pandemic was paralyzing supply chains and squeezing company finances.

“The fear factor is going through the roof this morning,” said Peter Cardillo, chief market economist at Spartan Capital Securities in New York.

“Markets are spooked by the emergency of the central banks stepping in and adding billions of dollars of liquidity.”

Another 1,000-point dip for the Dow will wipe out the entire Trump-bump, taking the index to levels seen before the presidency of Donald Trump.

The S&P 500 retail index () fell 9.3% as Nike Inc (N:), Lululemon Athletica Inc (O:) and Under Armour Inc (N:) said they would close stores in the United States and some other markets.